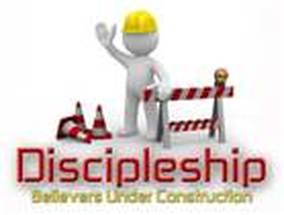 Discipleship isn't some "new fad" that has arisen in the last decade, it has been part of the Christian life under different names and practices from the very first Christians.
Paul made it very clear that those who were teachers were called just as pastors and evangelists are called (Eph. 4:11).  He makes it clear in I Corinthians 12:29 that not all Christians can be teachers. The obvious conclusion to be drawn from these and other passages, is that teaching (or discipleship) was considered to be one of the highest callings within the ancient church.  Paul even called himself a teacher of the Gentiles to faith.
In the first early centuries, people weren't entitled to full membership in the church until they had been baptized and baptism was accomplished after two to three years of "catechesis" (or discipleship).  In those years, Christians were called "catechumens" (or students) and they were expected to learn the basic doctrines of the church.  These doctrines (settled at various Church councils) included teaching on the Trinity, the deity of Christ, the Covenant of the Jews, (that is, the Old Testament) and (later) the writings decided to be Holy Scriptures by the Church Fathers.
By the Middle Ages, catechesis in the Roman church had become a rote memorization of questions and answers and even many priests were unable to give sound answers for their faith.  Martin Luther's study of the Scriptures and the resulting Reformation began to turn "Catechism" back into true teaching.
Robert Raikes Jr., better known as Bobby Wildgoose, created the first Sunday Schools in the late 18th Century.  At the time, it was common practice for foremen in mills throughout England to kidnap young children off the streets and force them to work 12-16 hour days six days a week in the mills.  Raikes' knew that the only escape from this sort of forced servitude was education so he countered the foremen's behavior by "snatching" children off the streets on Sunday and teaching them.
John and Charles Wesley, who founded the Methodist movement, endorsed Raikes' Sunday Schools and developed a more elaborate approach to education.
In the seventeenth and eighteenth centuries, the Puritans were driven to study the Scriptures and were adamant about teaching their children to read, using the "New England Primer".  With reading exercises that included such sentences as: "In Adam's Fall, we sinned all" and the still-commonly used children's bedtime prayer, "Now I lay me down to sleep," reading and Christian education were inextricably intertwined. At the time the Puritans were supplying free education to their children, this move also came to fruition in the work of John and Charles Wesley, who elaborated on the first "Sunday Schools" of Bobby Wildgoose.  These schools were developed to educate the poor in reading so they could escape the conscriptive foremen of the mills and study the Scriptures. From the beginning, the Bible was the book used in these classrooms.
Shortly after the Revolutionary War the United States took education out of the hands of the churches and began to supply education to all American children and the enmeshment of literacy and religion continued into the early twentieth century.  By the 1950s the use of the Bible as a textbook had disappeared, being replaced by a "morning Scripture reading" and prayer and by the mid-1960s both the Bible and prayer had been removed from the classroom completely.
This loss of Scriptural influence in the schools and in public life in general, has brought about a so-called "Post-Modern" society that is rapidly devolving into a second era similar to the Middle Ages.  This means that churches and ministries must take up the slack and find new ways to teach the Bible and sound doctrine to those who hunger after righteousness.  And we must find new ways to instill that hunger in people who have no idea they are dying of starvation.
As it has been through the centuries, discipleship is an absolutely necessary tool in the modern Pastor's toolbox more than ever in this "Post-Modern" world than in the decades and centuries before.
The above link will point you to a site that specializes in a Discipleship Program that is specifically Pentecostal in viewpoint.

http://pfwb.org/discipleship/
While browsing around and searching for great discipleship sites to visit, I discovered the Pentecostal Free Will Baptist Church and decided to give you a link so you could become acquainted with another part of the family.
The PFWB is a fairly new denomination that subscribes to all the tenets of the Wesleyan Pentecostal tradition.  While they don't seem to have a publishing house, their home page says that they have a "Discipleship Resource" center near their headquarters in the Carolinas.  They also have a four-year college there.  Why not visit the link and meet some "really fine folk"?